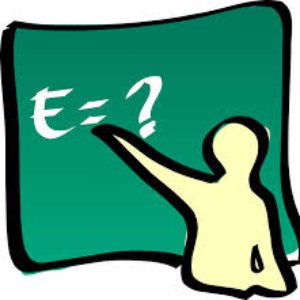 "This everyday realm is deep and vast and subtle enough for me; I wish to live here with full awareness.  There are wonders enough in rivers and hills, in libraries and laboratories and museums, in alphabets and birds, to reward a lifetime of seeking." 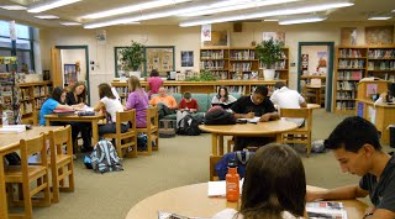 When Nelson County High School was built in 1955, the library was located in a room, since renovated, in the location of Mrs. Van Lear's classroom.  In 1964, when the end of the math hall was built, the area past the staircase was the library and covered that end of the hall, Mrs. Leffert and Mr. Wells's classrooms and the Academic Conference Room.  That space was the Library Media Center from 1964-2003.  In the fall of 2003, the former cafeteria and kitchen became the new NCHS Library Media Center, a larger space with more resources for our high school family.

While these changes in location were taking place, changes in information and learning formats were occurring.  Books, magazines, newspapers, and pamphlets were the only formats available in 1955; cassette players, filmstrips, instructional television, microfiche, and reel-to-reel movies were popular in the 1960's and lasted through the 1980's; videotapes, computer software, the Internet, and satellite TV were added in the ''80's and '90's.  As the 21st century dawned, Web 2.0 emerged which provided creative ways to express learning.  Now, all students have personal Chromebooks. That's why we've gone from being just a library to becoming a library media center!

"The spoken word was the first technology by which man was able to let go of his environment in order to grasp it in a new way."     ---Marshall McLuhan

Do we master technology or does it master us?

(Come check out this book written by a local author.)

When: 2nd and 4th Fridays during 5th Block (unless otherwise noted) 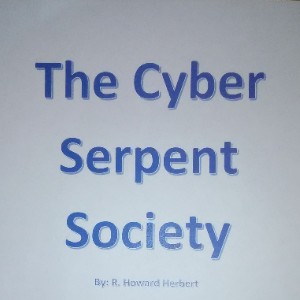 October - Books Can CAst a Spell On You

This is the season to Fall into Reading.   There will be a pumpkin art contest in the library during the month of October. Prizes will be given for favorite book character design, spookiest design, and best overall design. If you are interested in entering a pumpkin in the contest, please stop by the library.  Entries must be submitted by Thursday, October 10.  (No carved real pumpkins please.) Stop by to check out a book and see the fabulous pumpkin creations on display.

“At an early age I learned that people make mistakes, and you have to decide if their mistakes are bigger than your love for them" 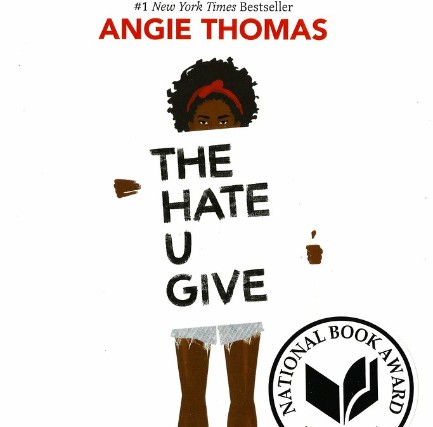 Stop by the NCHS Library to pick up an application for a free Nelson Memorial Library Card.  They have many great resources that can be delivered to you right here at school.

"Do you ever feel trapped by your own thoughts." 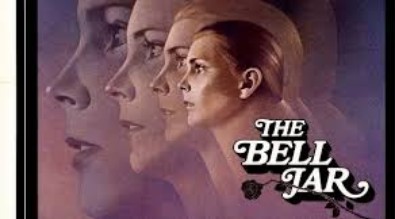 Everything Everything
By: Nicola Yoon
"The greatest risk is not taking one."
Book Club Meeting Dates for 1st Semester
When: 2nd and 4th Fridays (unless otherwise noted)
Beginning Sept. 14 - During 5th Block
Where: Library
Please check with 5th Block Teacher before attending. 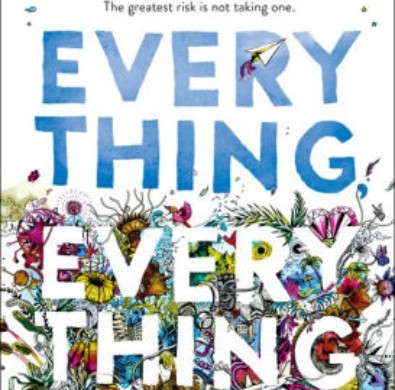 There will be an Art and Photo Contest held in the Library this Spring.  The theme is:
See the World from a New Perspective

Students may submit up to two pieces of artwork and/or two 8X10 photographs representing their interpretations of the theme. Please see Ms. Clark in the library if you have questions or would like to submit an entry.  All entries are due by Wednesday, March 14 and will be judged by the student body.  Winners will be announced before Spring Break.

In celebration of Teen Read Week, drop by the library and check out a great book (we are spotlighting horror and suspense novels for October).  Everyone who checks out a book  through Friday, Oct. 27 will be entered into a drawing for a prize.  The winner will be announced on Monday, October 30.  Also, Oct. 18-27, stop by to vote on the best pumpkins designed by Mrs. Smith’s art students and participate in our NCHS Library Scavenger Hunt.  The winners will be announced on Monday, October 30.  Treats are available for all who complete the Scavenger Hunt.

“Is anything more powerful than the force of our words?” 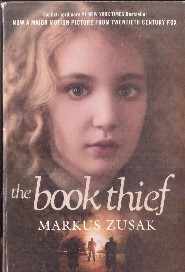 by Markus Zusak
“Is anything more powerful than the force of our words?”

Photo Contest in the Library

In celebration of Spring Reading, drop by the library, check out a great book, and see if you can match some adorable baby pictures to the equally adorable adults they have become.  A drawing will be held and prizes given along with treats for students who are able to correctly match all of the baby pictures to the corresponding staff members.  The contest will end on Friday, April 21 and winners will be announced the following week!

Staff, you are invited to participate as well and see how well you can identify your colleagues.

Art Exhibit and Contest in the Library

We have Fabulous Artists here at NCHS and thanks to all of Mrs. Smith's Art Students who created canvases for our Library.

Winners of the Contest Are:
1st Place Best Quote - Nicole Pouliot -  (Do not Judge My Story By The Chapter You Walked in on)
2nd Place Best Quote -  Ebony Toms -  (When Reading a good book, somewhere a door opens to allow in more Light)

There was a tie for 1st Place in Best Design.
1st Place - Haley Patterson - (Be yourself... Everyone else is taken.)  (Mountain/Lake Scene)
1st Place - Destinee Glover -  (There is no friend as loyal as a book...)  (Mickey and Goofy Scene)
2nd Place - Kristyn Underwood- (So many Books so little Time) (Alarm Clock Scene)

We have Fabulous new Art Work on display in the library created by Mrs. Smith’s students.  Please come by to view the amazing talent we have here at NCHS.

In celebration of Spring Reading, drop by the library, check out a great book, vote on your favorite new Art Canvas designed by Mrs. Smith’s art students and participate in our NCHS Library Scavenger Hunt.   Treats are available for all who complete the Scavenger Hunt and winners of the Art Contest will be revealed on Friday, April 7.

There is more treasure in reading books than in all the pirate’s loot on Treasure Island. -------Walt Disney

Students may check out books, magazines, and some multimedia materials for two (2) weeks.  Materials must be returned to the library to be renewed until someone requests the books.  A student may have up to three (3) books or other materials checked out at one time. 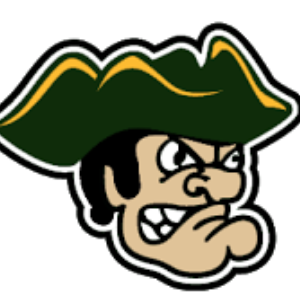 A five (5) cents fine will be charged for each day an item is late, not to exceed $2.00.  Students who lose or damage an item will be charged the full replacement cost of that item.

Ebooks may be checked out at any time by the student.  They become unavailable after 5 days. See Miss Clark about downloading them to your iPad or Droid.

Students may not check out books for other students.

Print reference books may be checked out overnight to students.  These need to be returned to the library by the end of the school day the next day.

Students may not eat or drink in the library media center.
The library belongs to everyone who attends NCHS.  It is everyone's responsibility to keep the Center neat and clean.
Students and staff should conduct themselves in a quiet, courteous, and civilized manner when using the library.
Students are encouraged to use the book return located just inside the entrance for returning books.
Students are encouraged to ask library staff for assistance at anytime that it may be needed.

Login to use Visual Search for helpful links for research papers and projects. By logging in, you can also access eBooks and use social networking to discuss books with each other! 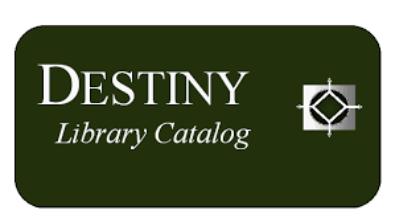 TumbleBooks (A collection of nearly 1000 titles for those in grades K-6. It includes animated talking picture books, chapter books, videos, non-fiction titles, playlists, books in languages other than English such as French and Spanish, graphic novels and math stories.)

Tumble Book Cloud (TumbleBookCloud is an online database of eBooks and educator resources perfect for your middle school, high school, or public library. We offer a selection of Graphic Novels, Enhanced Novels, eBooks, classic literature, National Geographic videos, educator resources, and audiobooks. The collection is available online around the clock.)

If you have trouble with the sites listed above, click the link below and then the High School tab.
Find it Virginia
visit page

The Good, the Bad, and the Ugly
CRAAP Test
Evaluating Websites

Welcome to the SchoolBlocks
self-guided tour!

The most common question we receive is, how is SchoolBlocks inspired by Pinterest? SchoolBlocks eliminates navigation bars and uses a block style layout that’s similar to Pinterest. It creates a unique and engaging browsing experience, optimizes for mobile and removes a lot of navigational complexity.

Please click on the red plus signs found on this page to learn more about specific features.